My aunt and uncle recently made a big, big purchase. They bought a barn. 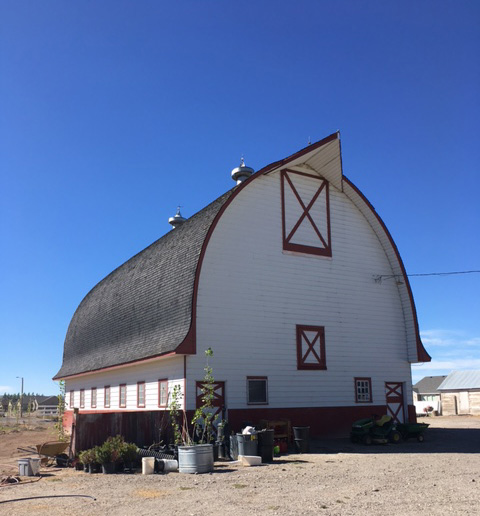 This barn is a local treasure, dating to the early 1930s and serving as one of the dwindling reminders that our part of the country was originally highly agrarian. My aunt and uncle have several successful years of event planning under their belts, and they plan to turn this barn into an event center.

Barns like this are disappearing from our landscape. Last year a local real-estate agent posted on Facebook about a “free” barn—did anyone want to save it? According to this agent, more than a hundred people piped up, offering to take it, demo it, or even move it and fix it up. The last offer sounds best to me, but instead the agent handed it over to a local builder, touting that this builder was “saving” the barn.

I called the builder and asked if he was planning to fix up the barn, and he told me, “You know, I have lots of clients who love the look of barn wood, so we’re going to take dismantle the barn and reuse the wood in new houses.” Not my definition of “saving” a century-old barn. 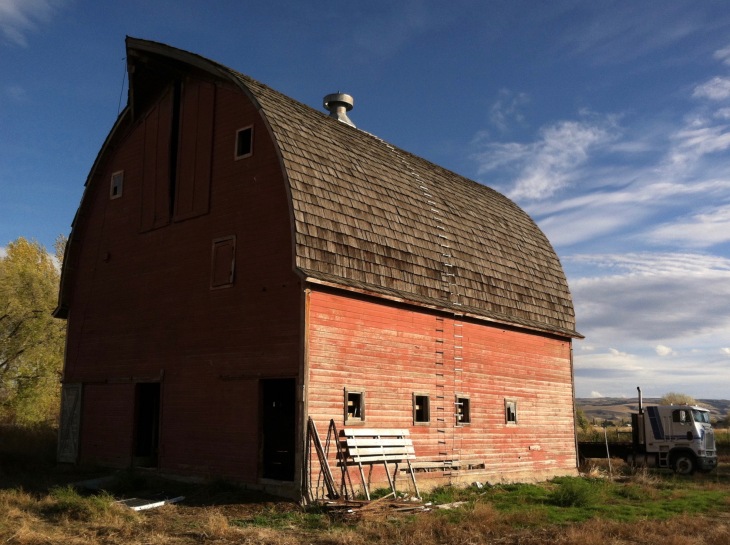 Here’s what that barn looked like in October 2015; the property, purchased by a developer, is barren now. Another bit of local history bites the dust—but hey, the barn might still make an appearance in new construction, so if you’re lucky, maybe it’ll show up in a Parade of Homes house or two. 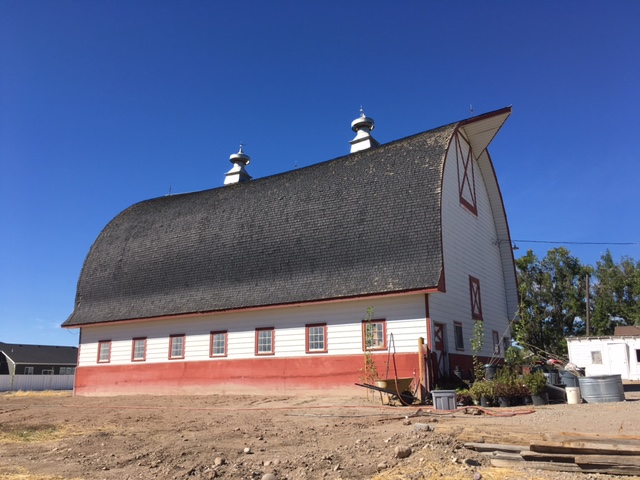 That could have been the future for this white barn too, had my aunt and uncle not scooped it up. The barn hasn’t seen many changes since its construction—no surprise since it was built to last. Inside the beams are curved, five layers of planks laminated into their arched shape. The roof is original, and so are the exterior barn lights and the wood floor in the loft. Don’t even get me started on the barn doors. 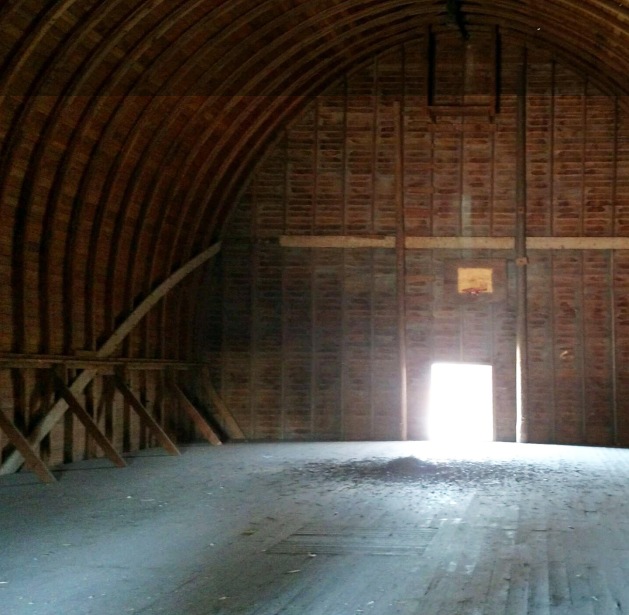 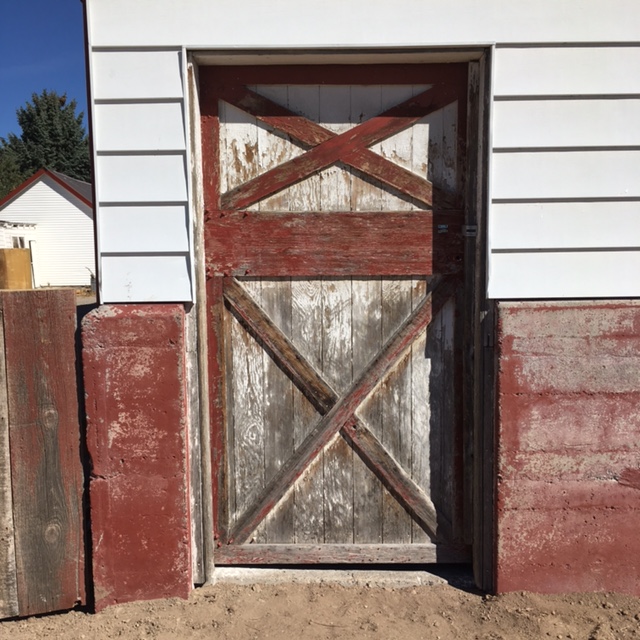 It hasn’t been an easy or inexpensive project so far, and they’re still in the beginning stages. They went the rounds with local zoning, they’ve mowed down waist-high weeds, and they’ve patched holes in the roof by perching atop scaffolding on a sunny day and plugging each speck of sunlight with a dab of caulk. 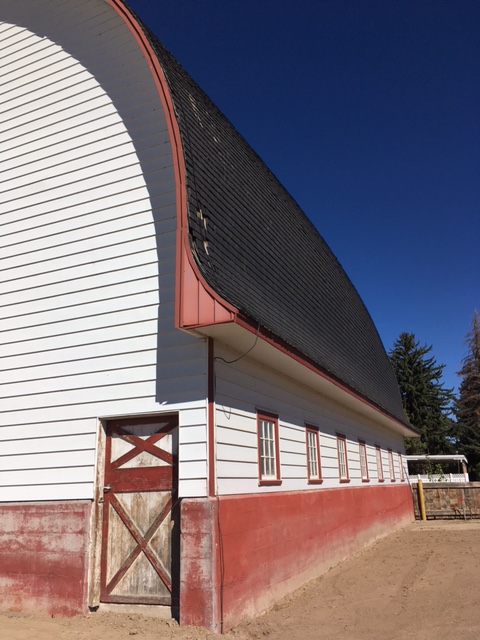 It’s going to be awesome and a lot of work, and of course there are naysayers snarking about what a money pit it is and how much work it’ll be to do it right. But high five to my aunt and uncle for chasing a dream. This is the most alive I’ve ever seen my uncle, and the two of them deserve for this place to be a success.

And I mean, how could it not be? This is the most fabulous barn. •

Want more info on this barn? Fill out the form below: