A couple weeks ago, when our contractor and I were staring at the beat-up kitchen floor from all angles and trying to decide how to make it work, he gestured to the corner and said, “You’ll want to take a picture of that.”

In the corner stood a single fir plank he’d pried up. On the unfinished side was a stamp for Schafer Bros. Lumber and Shingle Co. Shortly thereafter, our contractor posted this on Instagram: 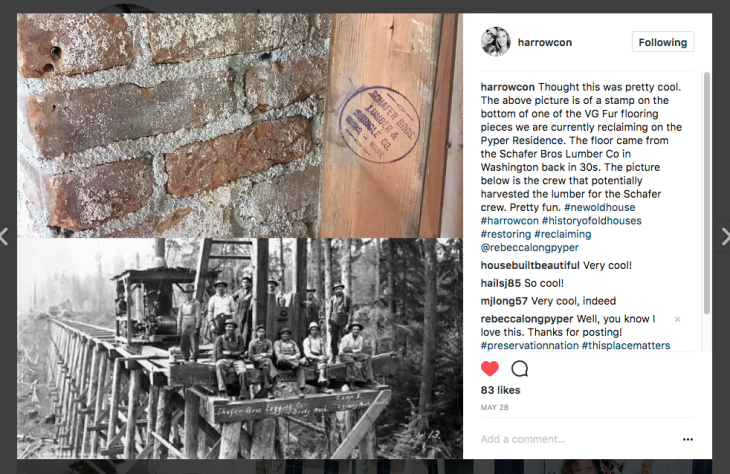 Turns out, the Schafer Bros. Lumber and Shingle Co. has been well documented online. According to University of Washington’s digital library, the company was founded in 1893 and “at the peak of operation, the Schafers were running one of the largest logging, milling, and shipping concerns in the lumber industry of the Pacific Northwest. Their properties and equipment at this time, not counting ships and tugs, included five sawmills in operation, served by six camps sending logs over 100 miles of rail.” Their company employed 3,000 in its heyday. 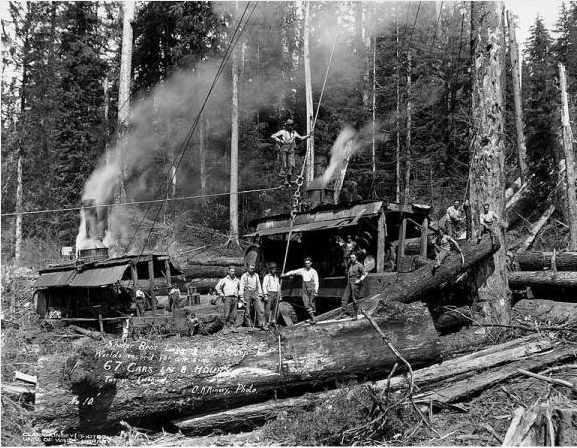 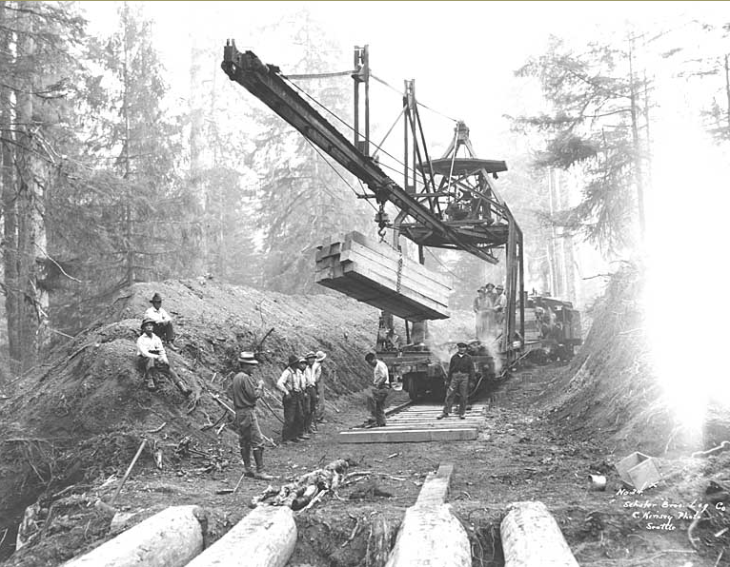 Man, I love looking at these forest photos and thinking about how we’re saving a floor made from those trees.

You know you’ve got a good contractor when he’ll research this stuff himself. If you live in east Idaho and are curious about my contractor, feel free to email me for more information.

P.S. I might write more about this later, but in the 1930s, fir was less expensive than oak, so many homeowners opted to put oak in the rooms guests would frequent and installed fir in private areas of the home. In my house, that means we’ve got a oak in our living/dining room and adjacent bedroom but fir in the kitchen, entry (weird—maybe because it would be covered by a rug?), and upstairs bedrooms. • 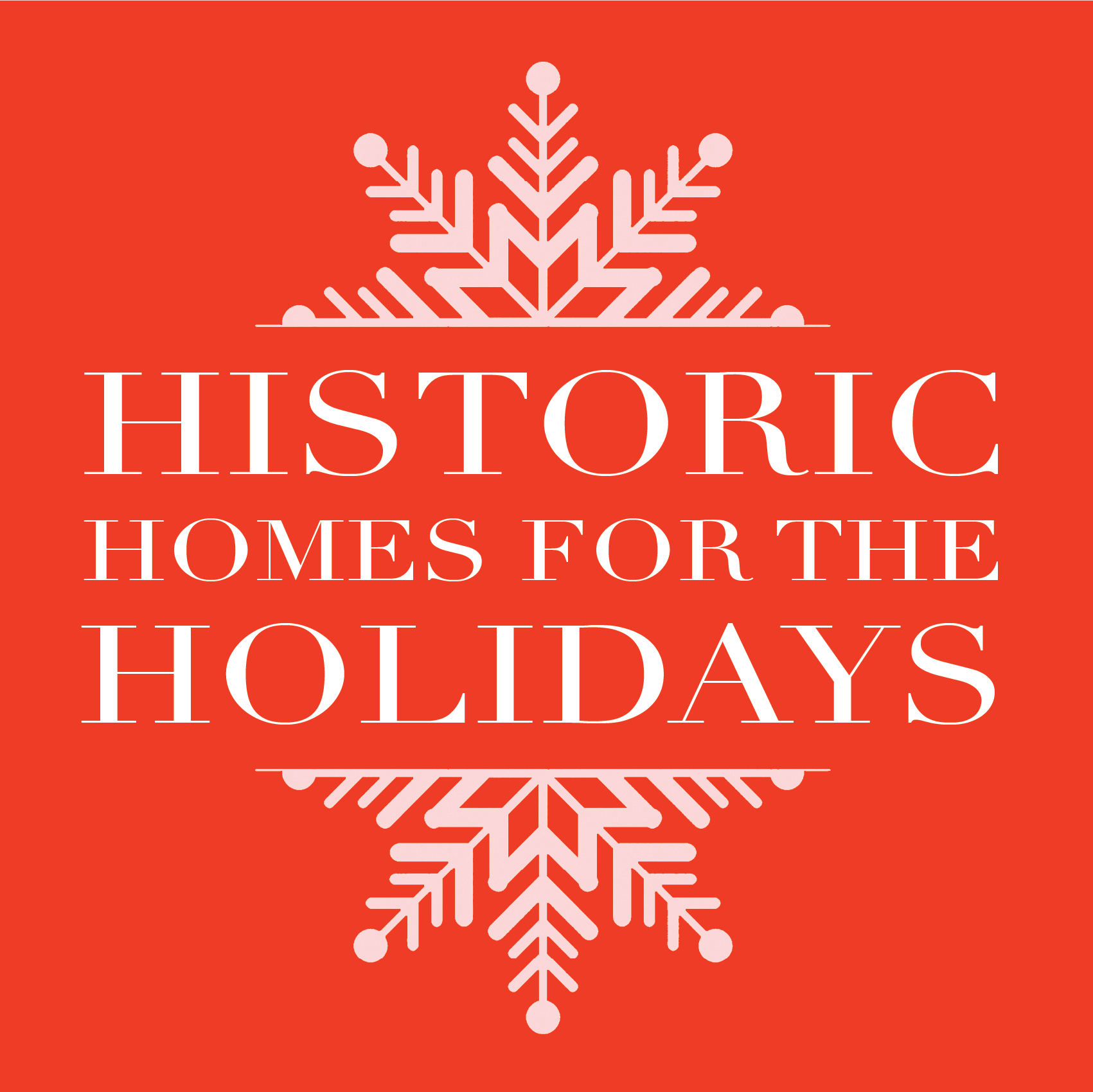