Emerald Bay is one of the most beautiful places in the United States, and one of the best things about it is the “castle” built right on the shoreline. It is a fabulous, inspiring house, and the backstory makes it even cooler.

In 1928 Lora J. Knight found herself in her 60s, widowed and divorced, with millions in the bank. She bought 329 acres at the head of Emerald Bay for $250,000; inspired by the landscape and its likeness to Sweden and Norway, she decided to build a summer home that looked straight out of the Scandinavian countryside.

The house, dubbed Vikingsholm, had to be large enough to accommodate plentiful guests and house a full staff of servants including maids, a caretaker, and a driver. But Lora insisted the house be built without disturbing a single old-growth tree—not an easy task in the heavily forested area. To make things even trickier, the house was to be built far below the road above. I snapped the photo above as we were zipping along the road. That gives you an idea of how far below the road Vikingsholm is. 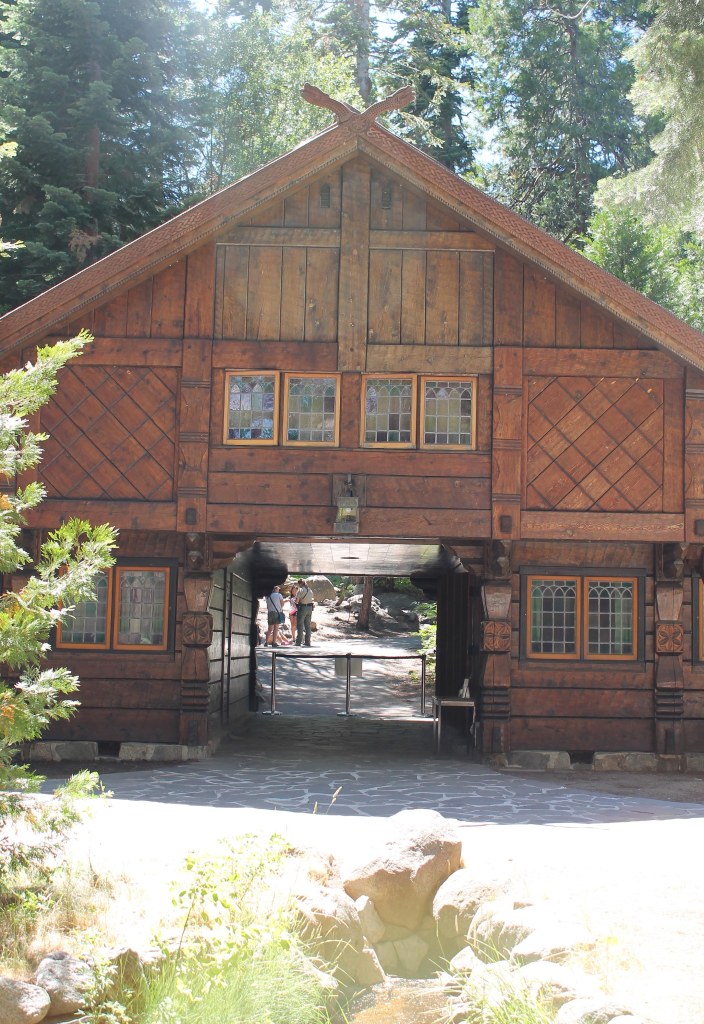 A mile-long lane had to be carved out so builders (and later, guests) would have access to the property. Drivers would pull into the breezeway and park in this inner courtyard; the caretaker’s living quarters were directly above the breezeway. 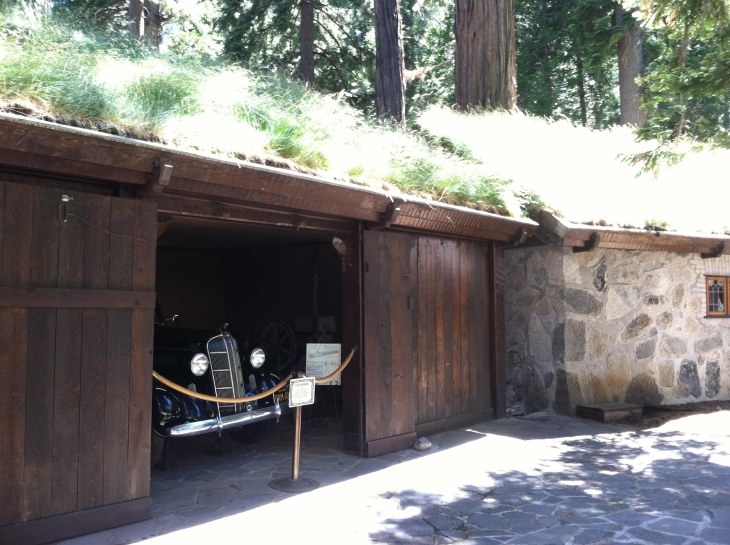 The roof here is covered with living grass, and Lora had wildflowers growing there too when she was alive.

The front door was positioned with a perfect view of the nearby island.

The servants’ quarters were cozy—made me miss Downton Abbey (RIP).

Construction was complete in September 1929, and Lora spent her summers there until her death. When she died, she left $1,000 per year of service to each of her staff—and paid for their kids to attend college too.

Fannette Island in the bay was home to Lora’s tea house, designed to resemble a mini stone castle, where she liked to host an annual soiree for friends (you can see it on the tippy-top of the left side of the island). Her staff would boat out early in the day to set tables, and during the party, they lined the trail to help her guests climb the hill. People with boats or kayaks are welcomed to check out the island today.

Lora loved dragons after seeing them in Scandinavian castles and learning the legends that they brought good luck and kept evil away. Dragon beams in the front room were modeled after similar ones she spotted in a European castle, and the dragon motif shows up over and over in this house.

Spikes on the eaves were also traditional castle features meant to keep out bad spirits.

Eighty percent of the contents in the house today belonged to Lora, including this 1920s Steinway piano that Liberace once played at Vikingsholm. 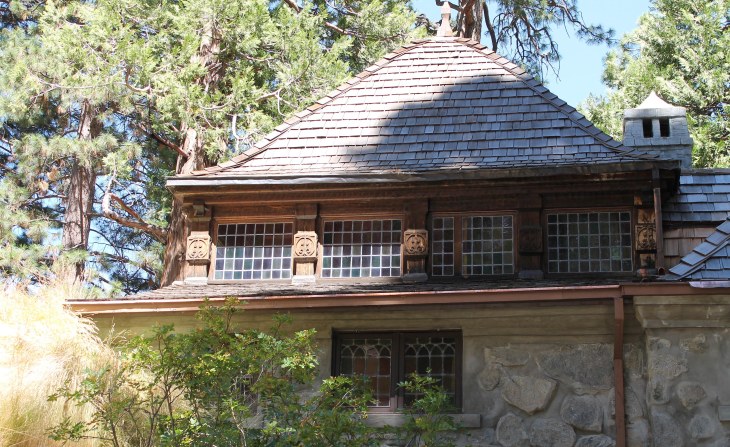 Chenille bedspreads for guests, who slept in the turret.

If you go to Lake Tahoe and love historic architecture, Vikingsholm is a must see. The tour costs $10, and there are two miles of hiking involved, but it is worth the trip.