Today is a first for Boulevard West, and I couldn’t be more excited: I’ve invited someone to write a guest post for the blog. My friend Hailey Bingham is a clinical mental health counselor who recently took a trip to India, a 10-day backpacking trip she’d dreamed about all her life. But the trip wasn’t what she expected and gave her a giant helping of empathy and gratitude. I hope you’ll enjoy reading her story. Thanks, Hailey! 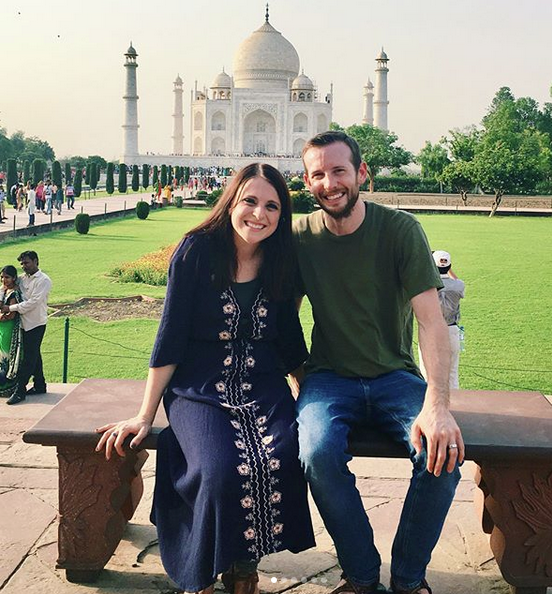 The truth about India is probably different depending on whom you talk to and where you have been and whom you have been with. I am clearly no expert on anything in India except for my own personal experiences, interactions, and thoughts. But if you were to ask me for the truth about India, it would be that if you are a person that feels a lot of love and empathy for the people around you, it’s possible that it can be a hard place to be and to see coming from America.

For about as long as I can remember I have wanted to visit India. I have wanted to marvel at the Taj Mahal, to see the wild elephants and monkeys, and to do yoga in the place it all began. I pictured it as a magical Jungle Book world that was sort of a spiritual, earthy mecca, and I was bursting with excitement as we boarded the plane to this other side of the world.

Not long after stepping out of the airport, however, my head was spinning from what is hard to explain as anything other than shock. The loudness and constant honking of car horns caught my attention, but it was more our first initial interactions with people that brought about the realization that we were in a completely different world—a world that was very different from the world I had seen all of the years in my dreams.

The first thing seared into my first memory of India in the morning light was the street, an endless expanse of dirt and trash. And then, the people, the lifeless-looking people with empty eyes that stood with their heads turned and watching us from the sides of the roads. We quickly got into the car waiting for us, and as I looked out the windows I saw trash like I had never seen outside of landfills in America. It littered the streets, and on top of it walked barefooted people—families, children—who clearly lived and slept on top of it. Very little clothing covered their bodies, and I could barely see skin through the filthiness of dirt. I saw a naked child that I still see often in my thoughts and when I close my eyes, who looked about the age of my one year old. He was soiled in dirt and wearing a plastic grocery bag, while two older kids held onto the handles. I had seen poverty in America—in fact, as a counselor I worked closely with those who were homeless and in halfway homes. None of that prepared me for poverty in India. 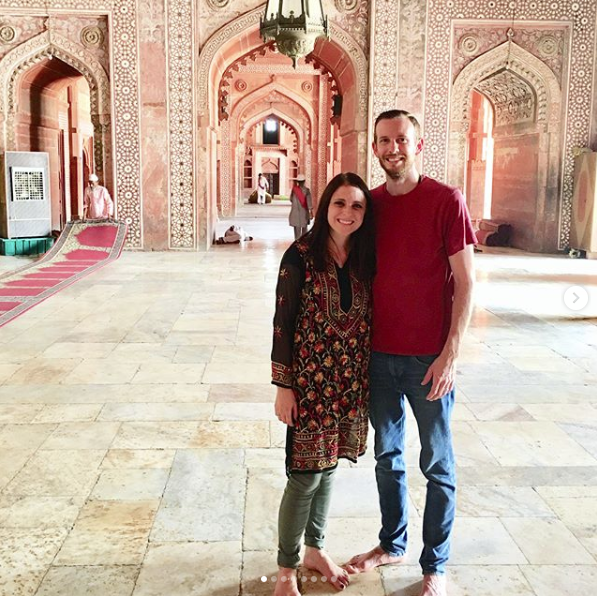 We eventually learned, and saw firsthand, that India functions on a caste system, meaning that each person was born into a social status with no hope or prospects of ever being promoted. They believe that the better you live true to your caste, the greater your hope for a better one in the next life. The realization was painful that the man being ordered to drag rugs around and serve us wasn’t doing his job as much as he was living his “lot in life.” Our driver often repeated, “Maybe in another life,” when considering something bringing happiness.

The term outcast (or excluded from the castes) to me now has a face, many faces, and sad, empty-looking eyes that break my heart. They were the people we had seen our first morning in India. And while the truth is we did see monkeys, we did feed and hug and ride on elephants, and the Taj Mahal was grand, that is not the life the people who live there lead.

Although I’m grateful we went to India, it’s not for the reasons I thought it’d be. It has entirely changed the way I see and appreciate things. And I’m left with pain and memories that haunt me as I think that in the very moment I type this, someone is living the life I have tried to describe. I don’t have the answer as to why I was born somewhere that no one would consciously allow me to live in a building with gaping holes in the roofs and walls or to starve as a child. Just like I’m sure the 3 year olds I saw don’t have the answer to why they were. I don’t have the solution to these painful realities. But I do know in my soul that it’s important to be honest and to talk about them and to create an honest awareness. It’s important to be grateful for our safety and the hope that we are able to feel everyday, and it’s important to try and imagine ourselves inside of that reality that is everyday life for so many others.

Thanks, Hailey. If you are wondering where the photos of the Indian people are, Hailey couldn’t bring herself to shoot any; she said she wasn’t going to do anything that might demean them further. I always appreciate stories like hers that help me maintain a better perspective on what’s important and how lucky I am. Please give her some love in the comments if this post was worthwhile for you. •