What a crazy week. The back half of our house looks totally different today than it has for the last couple decades. 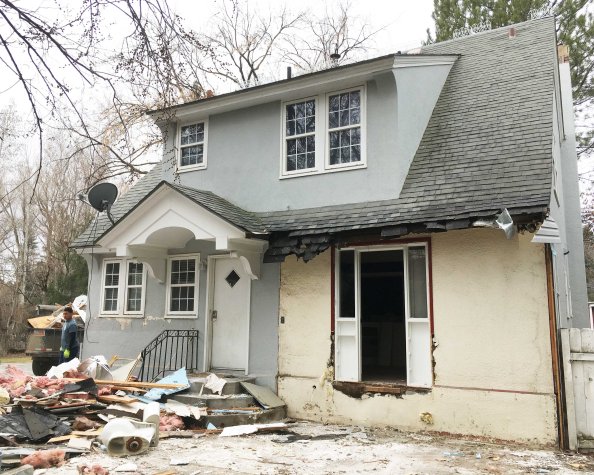 In addition to tearing out our driveway and replacing the original sewer line (more details Friday), demo started outside by removing a poorly built and unsympathetic hot-tub room that was attached to the master bedroom.

When you buy an old house, you start collecting rumors. People want to tell you all the stuff they ever heard about your house. They want to dish the dirt on the families who lived there before. Some of it is true, but some of it is garbage. Sometimes it’s hard to tell the difference.

The hot-tub room is no exception. When we bought the house, it was being used as a toy room (albeit an inefficient one that could only be used three months of the year because of extreme hot and cold temps). We never saw it with a hot tub inside, but rumor has it that the room was built to house a hot tub, and when the hot tub wasn’t being used, the previous owners put plywood on top of the tub, and a few of their kids slept out there. 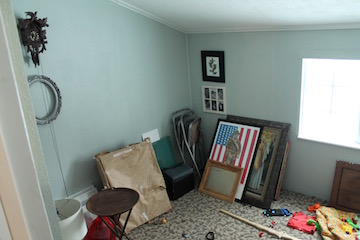 How we ended up using the hot-tub room

But you guys, this thing was so poorly built that even with three types of insulation, it was freezing in winter and broiling in summer—so much so that what we thought would be a toy room became a storage room.

This is a good example of why additions to historic houses a) ought to be sympathetic to the architectural integrity of the house and b) should be well built. This room was a waste of money and square footage because its construction was so poor. And it was an eyesore from outside because it was so obviously tacked on (hence the siding versus stucco).

I am not opposed to additions on historic homes—we will be adding our own as part of this project. But to do it right, the additions must be well planned and intentional. It costs money to do it right, but doing it right the first time saves money in the long run.

Someone told my sister this week that she thinks what we’re doing to our house is crazy. I guess it kind of is. But here’s the thing: If no one does this “crazy” stuff to maintain old houses, they’ll fall apart. Neighborhoods of the past will become slums, and the quality of life in communities will suffer. So onward and upward, I say! And if that requires a crazy amount of demolition, so be it. •